ESSAY: FROM THE SUBLIME TO THE RIDICULOUS 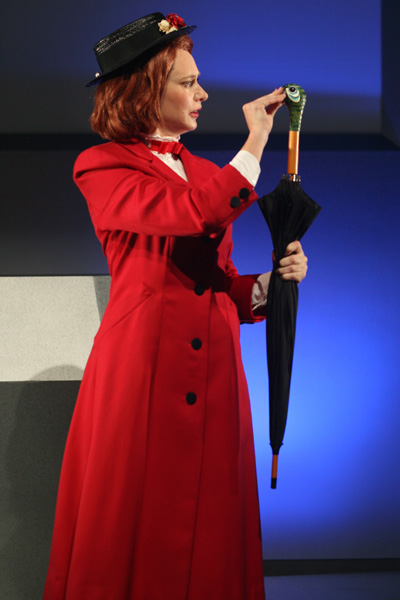 The ancient tradition of satire has been interpreted in broad and glorious ways (and embodied by a motley band of characters) in Australia over the past 60-odd years. Politicians, community groups and figures in the media have provided ample material for wily satirists looking to provide entertainment with an edge for local audiences. Australian humour has developed since our earliest colonial days to have an irreverent, self-mocking tone, and satire has become a key pillar of this tradition.

Craig Reucassel, member of The Chaser, noted in the Sydney Morning Herald on 13 July 2012, that Australian satire is “hard to pin down, generally there is the notion that it exposes some vice, folly or hypocrisy. It is not solely humour and nor does all satire have to be humorous, but it does have to have a point”, and often this “point” is cleverly disguised by the ordinary, familiar nature of the characters.

Humour has long been a vital weapon in the Australian battle to develop a national identity and was traditionally, as Peter Conrad explained in The Monthly in 2011, “hard-bitten, shamelessly abusive, formed by the competitive antagonism of a frontier society. In early America men gunned their rivals down; our Australian forefathers mocked those they disliked or feared, which achieved the same result while causing a more permanent injury”.

One of the earliest manifestations of this satirical form of Aussie humour was The Mavis Bramston Show, which ran on television from 1964 to 1968 and was a sketch comedy show that broke away from the pervasive programming of American television shows. The Aunty Jack Show, starring Grahame Bond as the transvestite, motorcycle-riding, moustache-wearing title character, followed soon afterwards, yet only ran from 1972 until 1973 and inspired a negative reaction among critics and conservatives.

At a similar time, the character Barry McKenzie was evolving. Initially a literary character created by a young Barry Humphries for the British magazine Private Eye, McKenzie became the hero of two seminal films (The Adventures of Barry McKenzie, 1972, and the 1974 sequel Barry McKenzie Holds His Own), which starred Barry Crocker in the title role. The film was directed and co-written by Bruce Beresford, featured a host of comic legends including Spike Milligan and Peter Cook, and examined the evolution of Ocker culture through its crass protagonist, who migrates to England and experiences extreme culture shock.

By the time he created Barry McKenzie, Humphries had long been an active satirist, creating his most famous character Dame Edna Everage back in 1955 for a sketch for Melbourne Theatre Company. The mauve-haired, sequin-wearing housewife was the first of a string of characters created by Humphries (including the loathsome Les Patterson) who were designed to poke a stick at Australian follies. Conrad notes “Edna – at least in her earliest incarnation as the winner of the Lovely Mother Quest in Moonee Ponds, a campaigner for niceness and neatness – embodies the complacent provincialism of Australia in the 1950s. Les, who is Barry McKenzie with a sagging paunch and a sick liver, exhibits Australia’s primitivism, the defensive crudity that used to be our way of dealing with the wider, snootier world of the upper hemisphere.” (The Monthly, March, 2010)

Humphries, who this year ‘retired’ his creations with a series of farewell tours, set the benchmark for contemporary Australian satire, inspiring a tradition that has sprouted in many directions. In the mid-1980s Max Gillies lampooned politicians and media personalities with The Gillies Report, and in later years by Gillies RepublicandGillies and Company.

By the 1990s, the production team later known as Working Dog (Jane Kennedy, Santo Cilauro, Rob Sitch and Tom Gleisner) had joined the scene, creating Frontline, a satirical drama set behind the scenes of a television current affairs program, which they followed with a variety of comic films, books and television shows including the political satire The Hollowmen, which premiered in 2008.

Another satirical collective shaping the tone of Australian comedy in recent years is The Chaser (Charles Firth, Andrew Hansen, Dominic Knight, Chas Licciardello, Julian Morrow, Craig Reucassel, Chris Taylor), who call themselves “a satirical media empire which rivals Rupert Murdoch’s News Corporation in all fields except power, influence, popularity and profitability”. The group evolved in 1999 with a controversial newspaper and later branched into television. While The Chaser has moved into the territory of social and cultural commentary with mixed results (with examples of poorly received material including the controversial Make A Realistic Wish Foundation sketch), the reputation of the group predominantly rests on their political commentary, and specifically their coverage of federal elections since 2001.

Despite existing within a democratic society, the path for satirists in not always smooth and, due to their focus on politics, perhaps more than other satirists in Australia, The Chaser have been faced with an ongoing struggle against laws in this country that prevent the use of parliamentary footage for the use of satire. Reucassel noted in the Sydney Morning Herald “the desire for parliamentarians not to be criticised or held to account with humour is not in the public interest. It is not a requirement of representative or responsible government – indeed it is contrary to this very principle… A literal reading of Parliament’s current rules would suggest that parliamentary footage could be used for humour, so long as that humour was not seeking to make a point. Surely such a law is not reasonably adapted to achieving a legitimate object of parliamentary democracy”.

At a similar time, The Wharf Revue was born at Sydney Theatre Company, with the first season presented in 2000. The long-running theatre show, created and performed by Jonathan Biggins, Drew Forsythe and Phillip Scott, brilliantly combines the somewhat old-fashioned genre of a comedy revue with a razor-sharp examination of contemporary politics and society. On his blog Ellis Table Talk on 11 February, 2012, Bob Ellis described The Wharf Revue’s Debt Defying Acts! as “proof, too, that Australia is not such a bad place. Though Alan Jones was crucified, Bob Brown coarsely mocked, Barry O’Farrell rudely lampooned, and, in the Phantom of the Opera sketch and the nursing home sketch, four living Prime Ministers reduced to Stoppardian pantaloons, no Commonwealth Police arrived to arrest and punch the actors, trash the set and immolate the theatre, no libel writs were issued, no questions asked in the House or the Senate. For we were a democracy. We let laughter occur. We gave thought free rein.”

Another key satirical act to emerge in the past decade is Kath and Kim, the suburban mother and daughter duo created by Jane Turner and Gina Riley in 2002, and stars of the film Kath and Kimderella. The pair focus their attention, in a sharp but affectionate way, on the ambition and dysfunction of a contemporary Australian family, similar in many ways to the work of Chris Lilley, who made his mark on the local satirical landscape in 2005 with his mockumentary about competitors for Australian of the Year, We Can Be Heroes. Conrad notes, in his May 2011 essay for The Monthly, “Lilley doesn’t just want to make us laugh; his plan is to tickle us illicitly until we do, then reprimand us for being so heartless. After the joke disintegrates or is neutralised by our unease, it’s hard for comedy to recover its guiltless composure.”

It is clear, from the popularity of these characters and often of their catch phrases (from Aunty Jack’s gleeful threat “I’ll rip yer bloody arms off” to Kath Day-Knight’s “Look at moiye”), that satirists have long been important, if sometimes controversial, features of the comedy landscape in Australia and will continue to challenge the boundaries of taste and propriety forever more.

This blog has been supplied courtesy of Sydney Theatre Company. Click here to check out the original article.